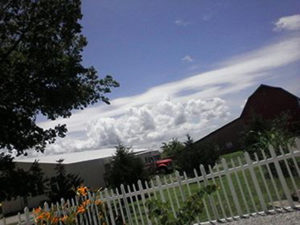 The Robinson Family Farm is first generation, established in 1998 by Dr. Mark and Leesa Robinson along with their children Micah and Hannah.

The farm began as a dream shared by high school sweethearts who became husband and wife, Mark and Leesa (hint: can you see where the dairy name came from?). They dreamed the romantic dream which included having two children; a boy and a girl, a dog, a few cats, lots of cows and a white picket fence!

Unfolding the dream has been colorful and challenging on all levels of the human experience! Romantic? Some days. Mostly…hard work packed with faith and love, learning and laughter. Sweat. Blood and tears.

What a magnificent blend; passionate dreams and hard work collided and the dream became a reality.

The Robinson’s are not typical farmers. Little in their background would suggest they would choose to have a dairy 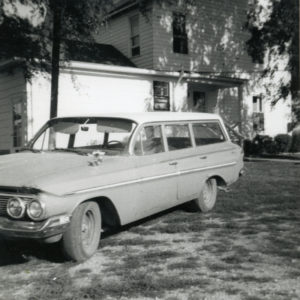 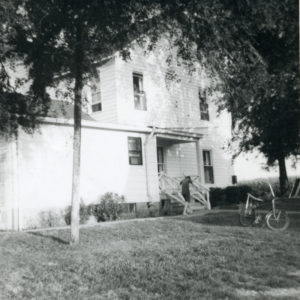 farm. Mark was not raised in a farm family nor did he take agriculture classes in school. Leesa grew up in town. However, as a boy growing up in Central Illinois, Mark fell in love with farming when he worked side by side with the landlord where his family rented a large farmhouse.

At the age of 35, having graduated chiropractic college with a Doctorate degree and with a previous career (1984 thru 1989) as a high school automotive instructor, Mark Robinson won the State contest he was in, competing with speakers from 21 States in Omaha, Nebraska at the National Young Farmers Association.
His talk was entitled: “The American Dream”
Robinson said, “I want to challenge my audience to dream and then make the dream come true.” and encourage people to, “put their burning ideas to work”.

The Robinson Family Farm, with 160 acres of lush grazing pastures was an open pallet for painting what would later be known as Marlee’s Creamery.

What happens over the next several years included many phases such as, erecting a dairy milk barn which was purchased used, from a farm in Jasper, Mo where it was disassembled piece by piece, hauled to the Robinson farm and then reassembled like a jigsaw puzzle, All work done by family and friends. (Photo) Clearly, no hobby work endeavor, demonstrating the ability for the family farm to stay alive and not become a mere observance in a museum at a time when so many family farms were shutting down.

In 2000, the dairy operation was launched. It would not be until 2009 that this family owned dairy operation would become a full-fledged bottling facility, Grade A, fully permitted and inspected.

For nearly 9 years, the Robinson family sold their milk by bulk. The milk was shipped off the farm by a diary co-op and sold to the Milnot company in Seneca, Missouri. These were pressing years of trials and tribulations as milk prices plummeted at unpredictable rates, nearly forcing Mark and Leesa to close down the entire operation.

Dreams do take perseverance!!
Back to the visionary board. It has been told that the Robinson family would meet around the dinner table and pray about the next step to take place. Prayers. Faith. Hard Work. Blood. Sweat. And tears, once again produced a new vision.
They w 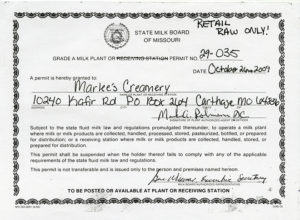 ould build a fully operating bottling facility right on the farm and sell their milk directly to the consumer. In a world accustomed to processed foods, packaged in high volume, assembly line plants, the product Mark and Leesa began to provide on their Jasper County farm raised a few eyebrows!

Leesa remembers that very first day of bottling! She says, “ We celebrated a victory! We had beautiful, rich nutritious milk in bottles….we then looked at each other and said, ‘ now what!? No one knows we have it!’ So they set out in their little vintage Divco one-seater milk truck

, Leesa perched on an upside down milk crate for the ride, and they delivered milk the old fashioned way to all their farmer neighbors!

Marlee’s Creamery is a Grade A permitted and inspected family dairy farm and bottling plant that produces Grade A Retail Raw milk. They are the ONLY such facility in the entire State of Missouri. Why do they go the extra mile to achieve this status? (Read more in tab about why grade a permitted and inspected) As Christ-followers, the Robinson’s bring their first fruits, which is the best of what they have, to The Lord as an offering. This excellence serves their customers top quality, second-to-none farm fresh milk. 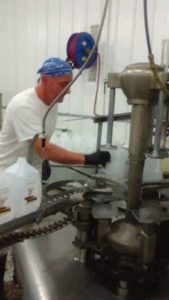 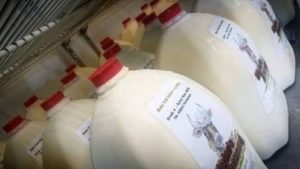 Marlee’s family of Jersey cows, with their long eyelashes and soft faces, are grassfed on free range pastures that make up the small family farm just outside of Carthage, Missouri, U.S.A. 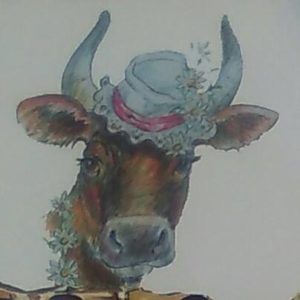 Mark and Leesa’s family has grown to include their son, Micah and his daughter Kaydence; and their daughter, Hannah and her husband, Matt and their girls Bailey and Mattie . All of these are a part of the workforce in one way or another on the farm. They are also blessed by the dedication and hard work of Nathaniel and Bob.

Marlee’s beautiful jersey cows are certified Brucellosis and Tuberculosis free and their milk has NO ADDED HORMONES or ANTIBIOTICS.

The Robinson Family invites you to come see them at the farm 3 miles east of Carthage, Missouri on 96 Hwy to county Road 100 and go NORTH 1 mile to Kafir Road, turn left on Kafir Road and go west ¼ mile to the farm on the left.